I saw a moment on television when Tony Robbins asked a woman what she was most proud of and she responded her five sons. Robbins then asked why she was tearing as she mentioned her sons. She responded that they are doing everything she ever wanted. Robbins asked for her proudest moment and she responded with a wounded moment. Because if it were her proudest accomplishment she would have said they were doing everything, THEY wanted to do.

I have to admit I had tears too. I always say my daughters are my best accomplishment, but I would have answered Robbins with the same words and tears. While I am proud of them and they both are doing things I did and wanted to do, I somehow lost me in teaching them to be independent, capable and caring young women. I stopped doing what I was teaching. In that moment of the woman crying and as I write this I realized that I could still do those things that will give me the same pride in myself that I have in my daughters.

I started thinking what are they doing that I am no longer. At first, I thought they’re fearless, but that’s not true because they both tell me they are afraid, but push through it and accomplish or try to accomplish their goal because I said that that’s how we are supposed to live. They both thank me for teaching them to dance with their fear instead of resisting it and the funny part of all of this is that Tony Robbins said the same thing to his TV audience.

So why am I not dancing with my fear the way my children tell me I taught them to do. I could take the easy way out and say I am afraid to fail, but that’s not true because I fail on a daily basis and sometimes hourly. The truth is I’m  trying to figure that out, but that’s not the whole truth either. A voice whispers inside my head, ‘Everyone will laugh.’ I start to cry realizing that I fear not being accepted for who I am and not being supported when it may not be what others think or want me to be. Now that I’ve said it aloud and written it, I need and have to work on dancing with that fear. Maybe if I make more of an effort to dance with it, my resistance to living my life will ease. And while I might always fear people laughing at me or feeling unsupported, I won’t let it paralyze me.

Whatever is happening to me at any given time, I will “see it as it is, not worse than it is.” *

Until next time try dancing with your fear and I will dance with mine.

Email ThisBlogThis!Share to TwitterShare to FacebookShare to Pinterest
Labels: My Reality 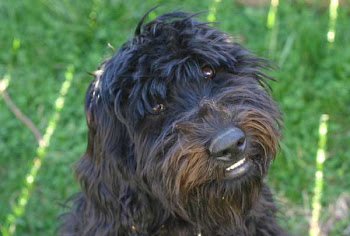